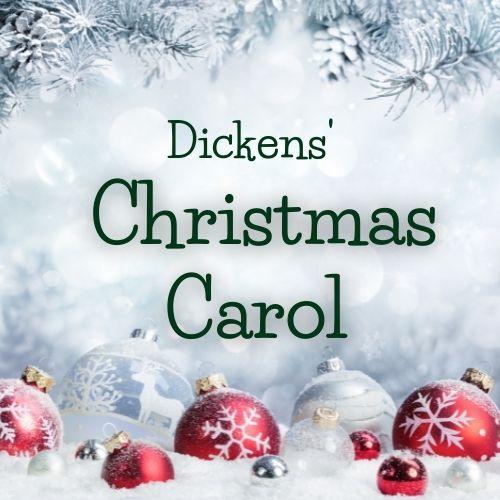 From the author of the popular Faith County and An Evening of Culture - Faith County II comes a completely different adaptation of the holiday classic, A Christmas Carol. From the bonny shores of England comes the Styckes-Upon-Thump Repertory Theatre Company, a stuffy old travelling troupe embarking on their fifteenth annual farewell tour of the Dickens' tale. The company includes Sir Selsdon Piddock, the consummate actor, in the role of Ebenezer Scrooge, with Mrs. Bettina Salisbury, Dame Rowena Middleton-Lewis, Mrs. Cordelia ffoliet-ffolkes ffortescue Woods, Teddy Shub and Elyot Crummels in multiple supporting roles. Sweet Cynthia Imbry, the general understudy, suddenly finds herself thrust onstage to perform a role she's ill-prepared for! Bettina, the company diva, pretends to be ill, certain the production will be cancelled. However, much to her shock and rage, the show does go on without her! Roles are shuffled at the last minute and poor Cynthia finds herself center stage. The play begins but mid-way through the theatre doors open and in rushes Bettina, determined to reclaim her roles. Mayhem ensues as this professional company scrambles to keep the show going and everything that could possibly go wrong does, to hilarious, ridiculous results!
Click here for more information about this activity
Please help us keep this calendar up to date! If this activity is sold out, canceled, or otherwise needs alteration, email mindy@kidsoutandabout.com so we can update it immediately.