The 12 Days of Family | Kids Out and About Austin

The 12 Days of Family

12 DAYS OF FAMILY: From Christmas Morning Chaos to Peace, Togetherness, and Strength 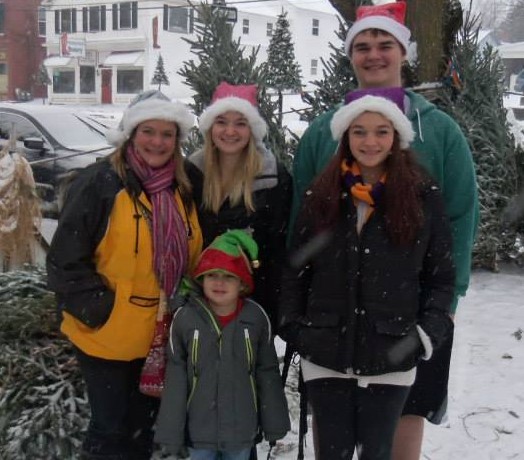 About 8 years ago, I was going through a particularly tough period in my life as the holidays were approaching. I had three children at the time, ages 8, 11, and 13. As I thought about the previous Christmases, I became overwhelmed with sadness. In past years, I had shopped for them and put so much thought into each gift. As had been passed down to me from my Mom, I always included something to wear, something to read, something they want, something they need...and of course...something to eat! As Christmas morning unfolded, there would be a flurry of wrapping paper and a few offhand "thank you's." But not much peace or gratitude.

I needed to change that. So I sat the kids down that November and told them that Christmas was about to change.

Together, we created what is now called in our house THE 12 DAYS OF FAMILY Christmas. We would try it for one year and see how it went, I said.

In the intervening 8 years, we have added a sibling and gone through a separation, but we have kept the tradition, and each year we enjoy it more. Here it is in a nutshell.

Following Thanksgiving, each of the kids makes a list. It must include:

By the time December 14 rolls around, each of my four kids has 12 gifts. Starting that night and leading up to Christmas, we have a favorite meal that one of the kids as recorded in their list, attended by ALL FIVE of us...even if we have to eat later than planned due to schedules.

Following dinner, each child chooses one of their gifts to open. Before they can do so, however, we take out our family notebook and each child records and reads out loud one nice thing about each of his or her siblings.

During these same 12 days, I take little gifts that cost $1.00 or less, and hide them for each of the kids, along with a note telling them something about them that I love. Example: Shampoo for my daughter..with a note that says "You have the most beautiful blond hair."

Christmas morning now consists of one gift each, plus a family gift--usually something that we can ALL do together--followed by breakfast together, which each child has had a part in planning. My kids are now 21, 19, 16, and 6. If you ask them (and I have), they would tell you for certain: They would never go back to Christmas Morning Chaos.