Round Rock Express | Kids Out and About Austin 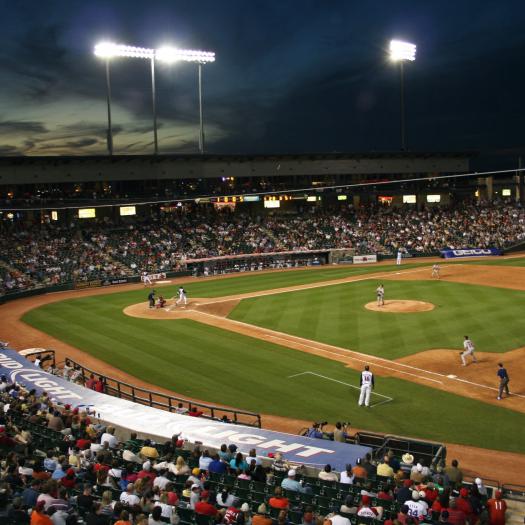 The Round Rock Express are a class Triple-A Pacific Coast League minor league baseball team in Round Rock, Texas,owned by RSR Sports (Nolan Ryan, Don Sanders, Reid Ryan) and founded by Reid Ryan, son of Baseball Hall of Famer Nolan Ryan. The team is currently affiliated with the Texas Rangers. Home games for the Round Rock Express are played at the Dell Diamond, a facility that is owned by the City of Round Rock and leased long-term to RSR Sports, who run and maintain the facility. The team is named after the senior Ryan's pitcher nickname, "The Ryan Express".
Click For More Information
Web Service