ComedySportz Austin | Kids Out and About Austin 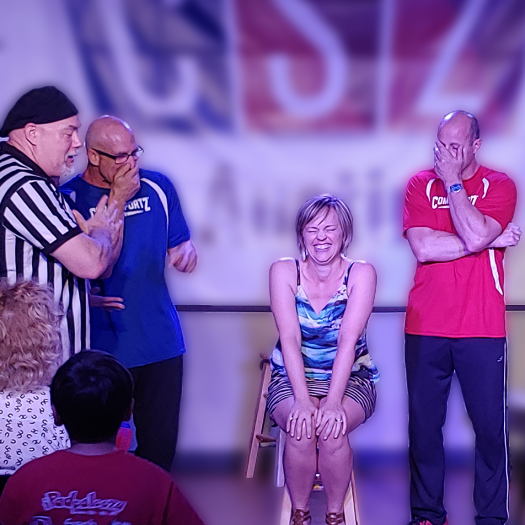 Austin’s longest-running improvised comedy show. Features a referee who calls the action, fouls as necessary, and awards points. It's two teams of comedians, competing against each other for the audience's laughter & love. Audience supplies the suggestions for the games, so the comedy is in-the-moment, and no two shows are ever the same. The audience votes for the funniest team. The format is competitive improv with clean family-friendly comedy (content-wise), meaning you won’t have to explain any of the jokes to the kiddos or to your grandparents.
Click For More Information
Web Service